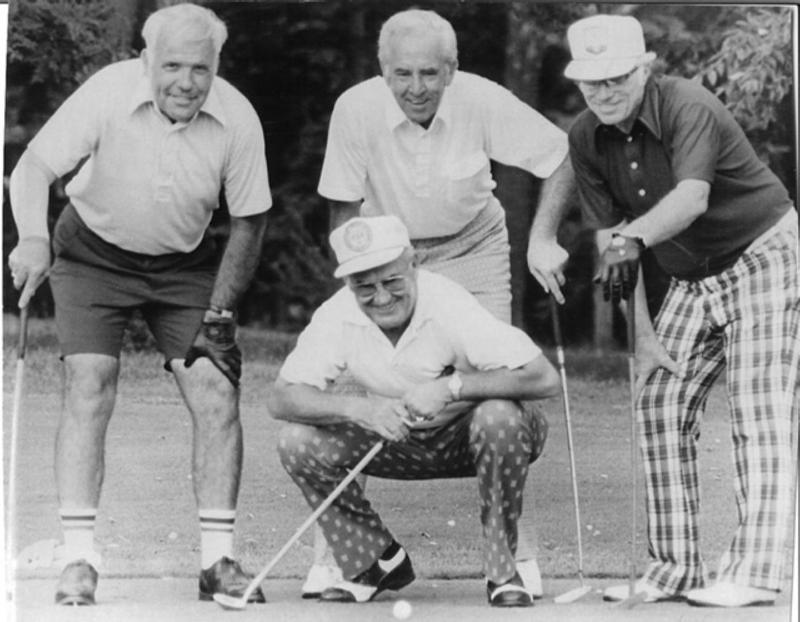 From left to right: John Deal, Elmer Odom, Fred Smith; kneeling, Harold Eller
The Hickory Sticks were 4 best friends: Harold Eller (course owner Mike Eller’s father), Fred Smith, Elmer Odom and John Deal. They became known as the Hickory Sticks because of the many team championships they won in what was originally called the Tennessee Open Golf Tournament. As their schedule’s permitted, they had a standing Saturday afternoon tee time, which could easily draw some on-lookers. Each of the Hickory Sticks was an outstanding golfer in their own right.
Run today by an outstanding team of chefs and bartenders, the Hickory Sticks Grill is ready to serve golfers and their families. From traditional bar items to seared salmon and steak, the Grill has you covered for all your needs, on and off the course. Check out our menus and stop by today.